Last saturday I was invited to join an Antonow flight over Hungary. I have to say – it was awesome!!! 😀

During the last years I attended at some air shows here in Austria – Air Power 2003, 2005 & 2009 – and enjoyed them a lot. But I always had the feeling that looking at old planes is one thing and traveling with one would be a completely different story….

I always thought it would be a great fun to travel with an old air plane and last weekend I finally got the chance and decided to dare it. Wow, it was a very interesting experience. 😀

Like always I took many pictures. I have the sneaking suspicion that this is one of the reasons why I get invited to such “events”… *lol* 😉

…and now please join me on my Antonow flight over Hungary. Following you will see a small selection of my favorite photos. Btw. you will find a link to the gallery with all photos at the end of this posting. 😀 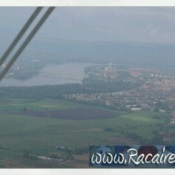 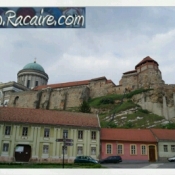 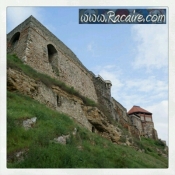 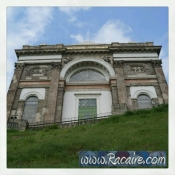 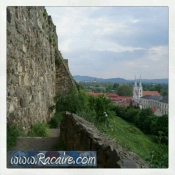 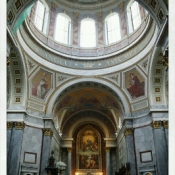 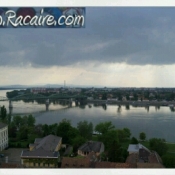 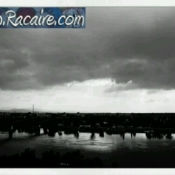 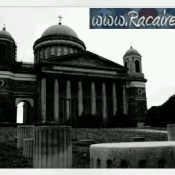 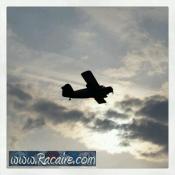 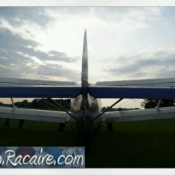 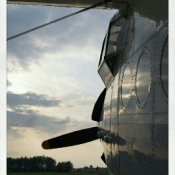 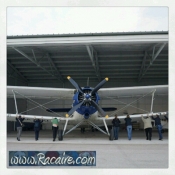 The flight started from a small local airport near Sopron (German name: Ödenburg) which is near the Austrian border. Long time it was not clear if we could even start our flight because we had heavy rain fall in Vienna/Austria. It was funny, in Sopron it seemed like our flight would literally “fall into the water” – btw. a local Austrian saying for something being rained off… 😉

Then we arrived the small airport and like a small miracle – some clouds and absolutely no rainfall anymore… and there she was, in all her beauty, the Antonow. Built in 1973 this plane was even 5 years older than I am. Well, at this point any doubt concerning this flight would have been silly anyway. And the logic also says – something that already survived that long might make it even longer – hopefully… 😉

The most interesting and maybe even intimidating experience of the whole flight and take off procedure was when the pilot started the engines.

is a really nice city. We had a really good lunch at a local restaurant and then visited the cathedral. Well, I wish I had other news but unfortunately the staircase to the cathedral dome was closed as was the treasury of the cathedral. But I think I took some really awesome shots of the danube… 😉

While some of us visited Esztergom and the cathedral, the four pilots of our group took the chance to fly some “Platzrunden” (aerodrome circling?) with the owner and pilot of the Antonow. I am quite sure that they had a lot of fun – taking off, landing, touch and go…

…and well, every good trip also has an end and we had to fly back to Sopron. The flight back was very smooth and this time my stomach didn’t get upset again. What shall I say, it was a nice feeling to “head home” again. 😉

Btw. have you ever seen a big airplane brought to bed?

Well, I did! …or at least this was my very first thought when the airplane was pushed back into the hangar… *lol*

I hope you enjoyed my photos – I took more then plenty of them. 😉

If you would also like to see all the other photos I took, you can find them here:

…in the right upper corner you can find
the log in -> “Anmeldung”
User -> “Benutzername”: guest_racaire
Password -> “Passwort”: antonow

*giggle* …and last but not least – a fun picture for you: Racaire is featuring Marilyn Monroe 😉

Works, pictures, texts & patterns displayed here are
NOT to be copied or used in
any way, shape or form
without my explicit permission.
© Racaire – All rights reserved.

We use cookies on our website to give you the most relevant experience by remembering your preferences and repeat visits. By clicking “Accept All”, you consent to the use of ALL the cookies. However, you may visit "Cookie Settings" to provide a controlled consent.
Cookie SettingsAccept All
Manage consent

This website uses cookies to improve your experience while you navigate through the website. Out of these, the cookies that are categorized as necessary are stored on your browser as they are essential for the working of basic functionalities of the website. We also use third-party cookies that help us analyze and understand how you use this website. These cookies will be stored in your browser only with your consent. You also have the option to opt-out of these cookies. But opting out of some of these cookies may affect your browsing experience.
Necessary Always Enabled
Necessary cookies are absolutely essential for the website to function properly. These cookies ensure basic functionalities and security features of the website, anonymously.
Functional
Functional cookies help to perform certain functionalities like sharing the content of the website on social media platforms, collect feedbacks, and other third-party features.
Performance
Performance cookies are used to understand and analyze the key performance indexes of the website which helps in delivering a better user experience for the visitors.
Analytics
Analytical cookies are used to understand how visitors interact with the website. These cookies help provide information on metrics the number of visitors, bounce rate, traffic source, etc.
Advertisement
Advertisement cookies are used to provide visitors with relevant ads and marketing campaigns. These cookies track visitors across websites and collect information to provide customized ads.
Others
Other uncategorized cookies are those that are being analyzed and have not been classified into a category as yet.
SAVE & ACCEPT
Loading Comments...